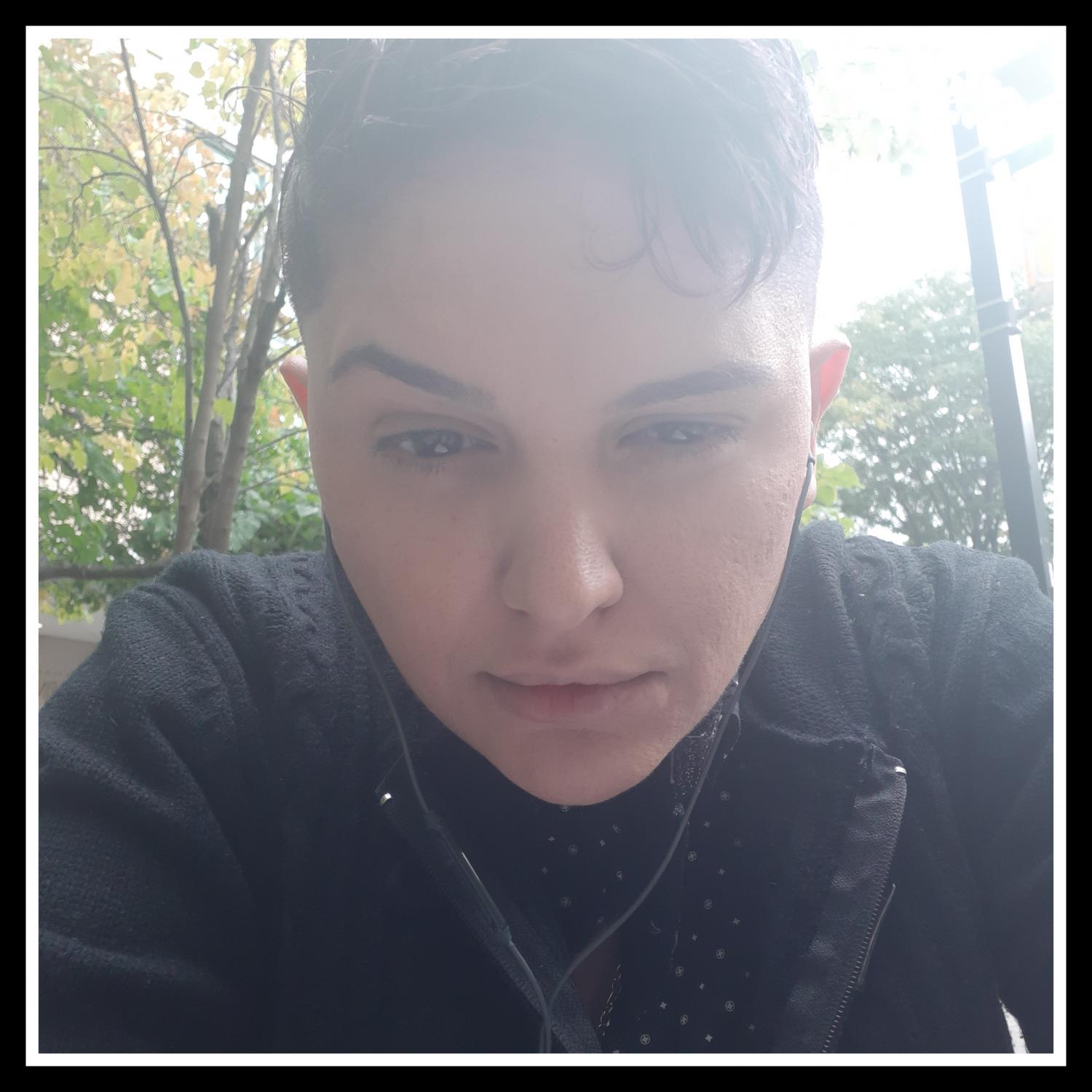 Ahmeti is a first year MFA student in Creative Nonfiction. She enjoys reading on American, Balkan, and Middle Eastern cultures and history. Her essay “Tribal Law”, based on the Kanun of Leke Dukagjini, won an honorable mention in the AWP Intro Journals Project in 2016. When not working, she spends inordinate amounts of time taking and editing nature pictures on her phone. 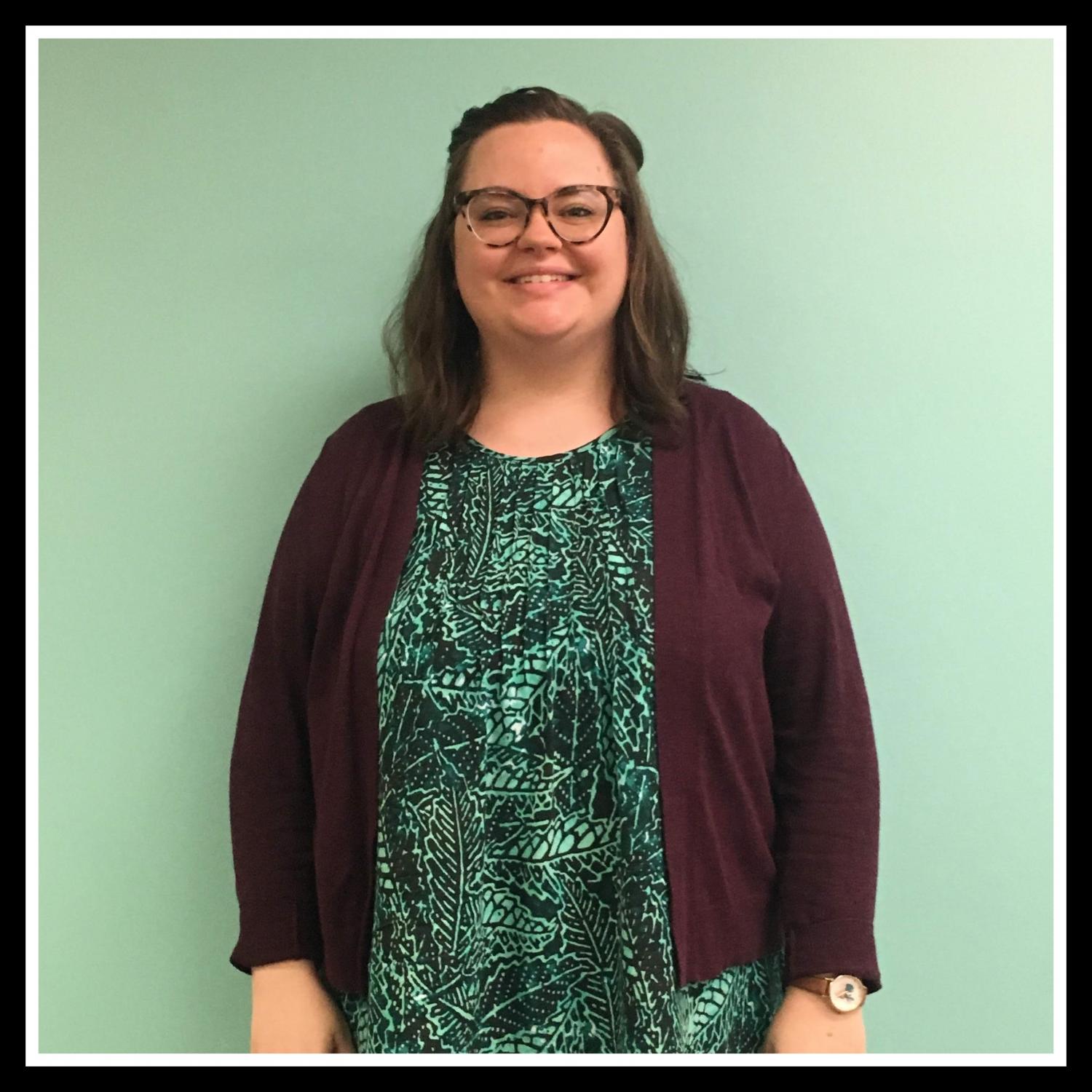 Amanda Ayers is a second year MA in the Rhetoric and Composition Program. In May 2019, Amanda graduated with a BA in English Writing and Publication from the University of North Georgia where she worked as a Writing Fellow and Supplemental Instructor in standard English grammar and literature. Her research interests include embodiment in the composition classroom, digital discourse, and rhetorics around bodies in religion. When she isn't studying, she enjoys cooking pasta, listening to true crime podcasts, reading memoirs, and Netflix bingeing comedy specials. 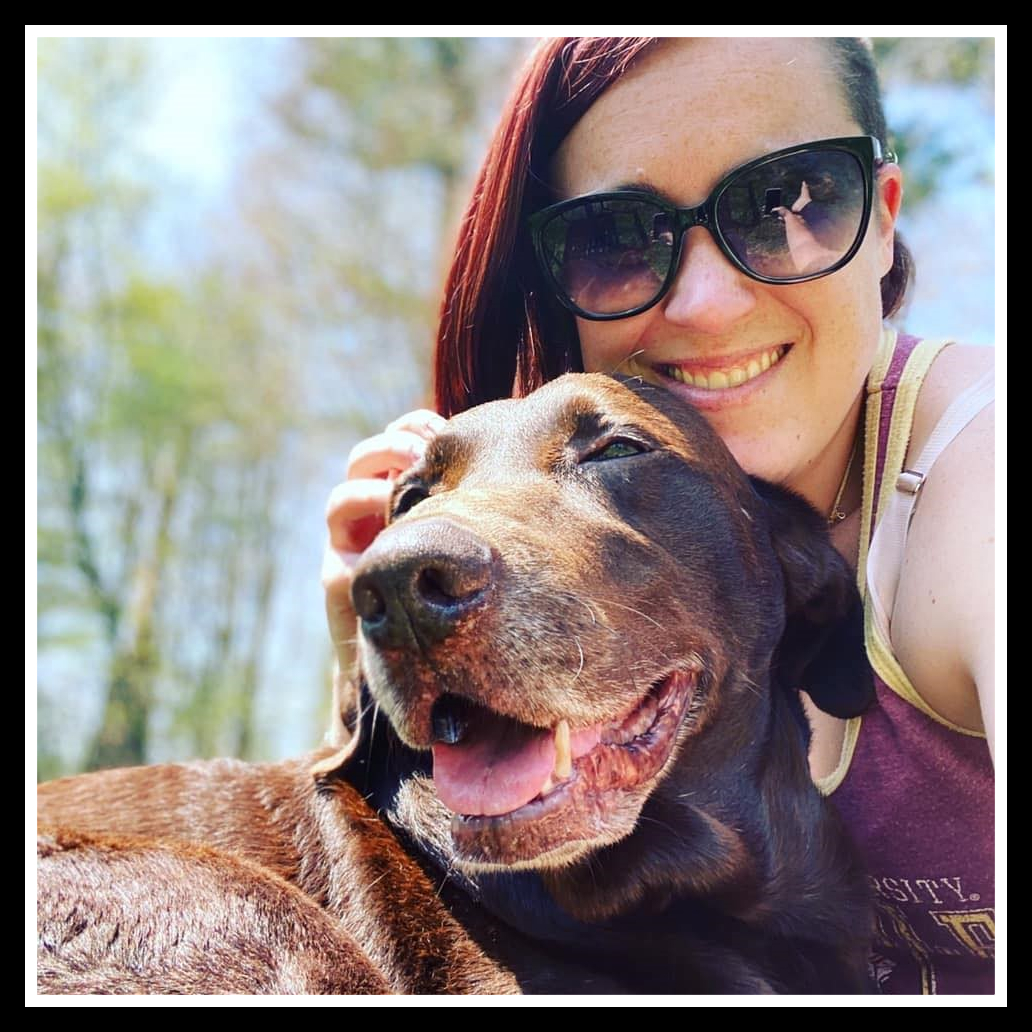 Amanda is a fourth year PhD candidate in Rhetoric and Composition. She is the assistant director of the Reading and Writing Center at Florida State University. Her dissertation is located at the intersection of Writing Center Administration and Second Language Writing. Amanda has worked in writing centers for almost ten years and aspires to run her own writing center one day. Amanda is currently serving as the historian for the International Writing Center Graduate Organization. You can usually find Amanda beside her chocolate lab Brownie who loves to come to her Zoom meetings or travel with her to campus. He is in the picture above! 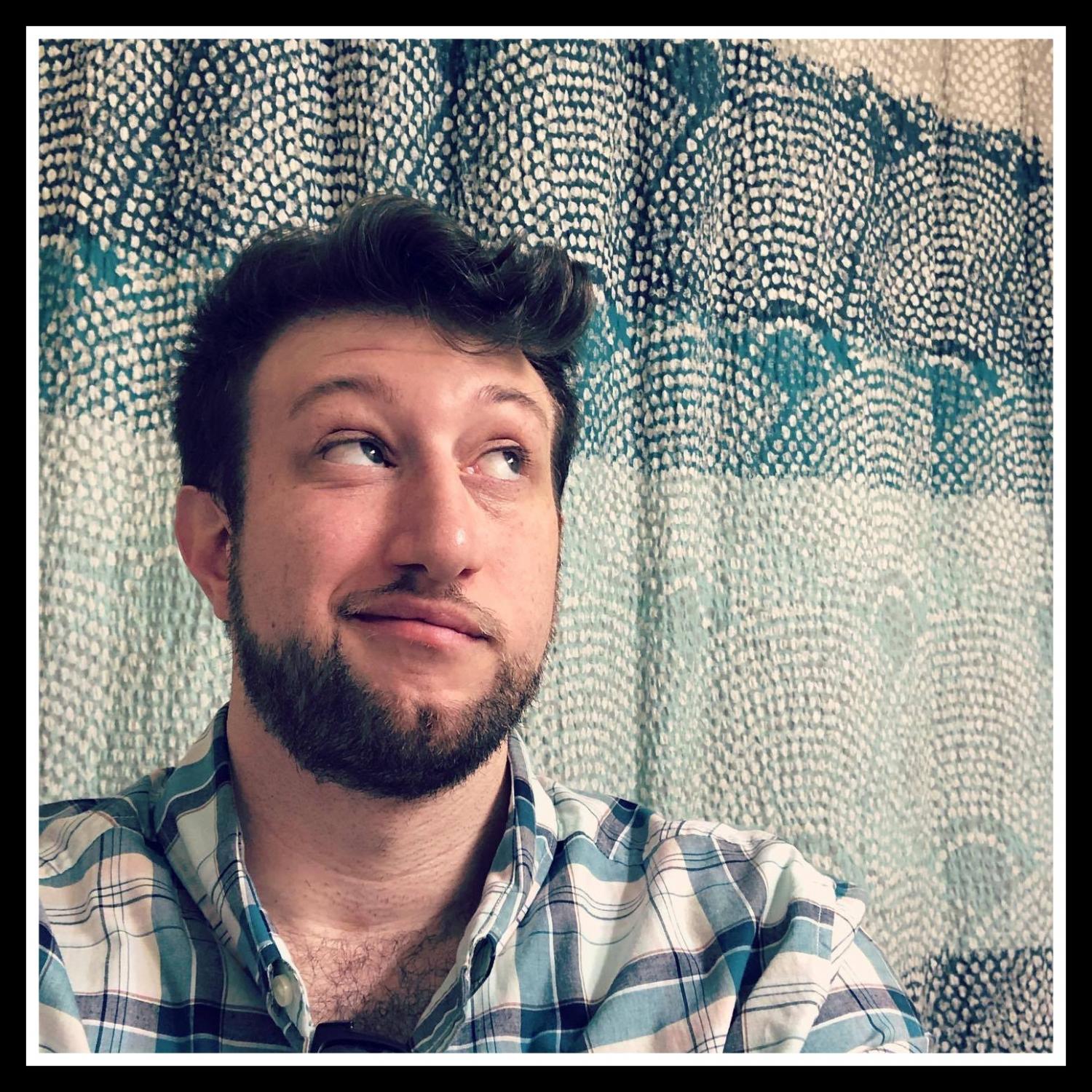 Andrew Canino is a third-year PhD student in Rhetoric & Composition. In addition to tutoring, he teaches one section of Writing & Editing in Print and Online at FSU. His research and personal interests are digital communication, multimodal writing technologies, and internet subcultures. 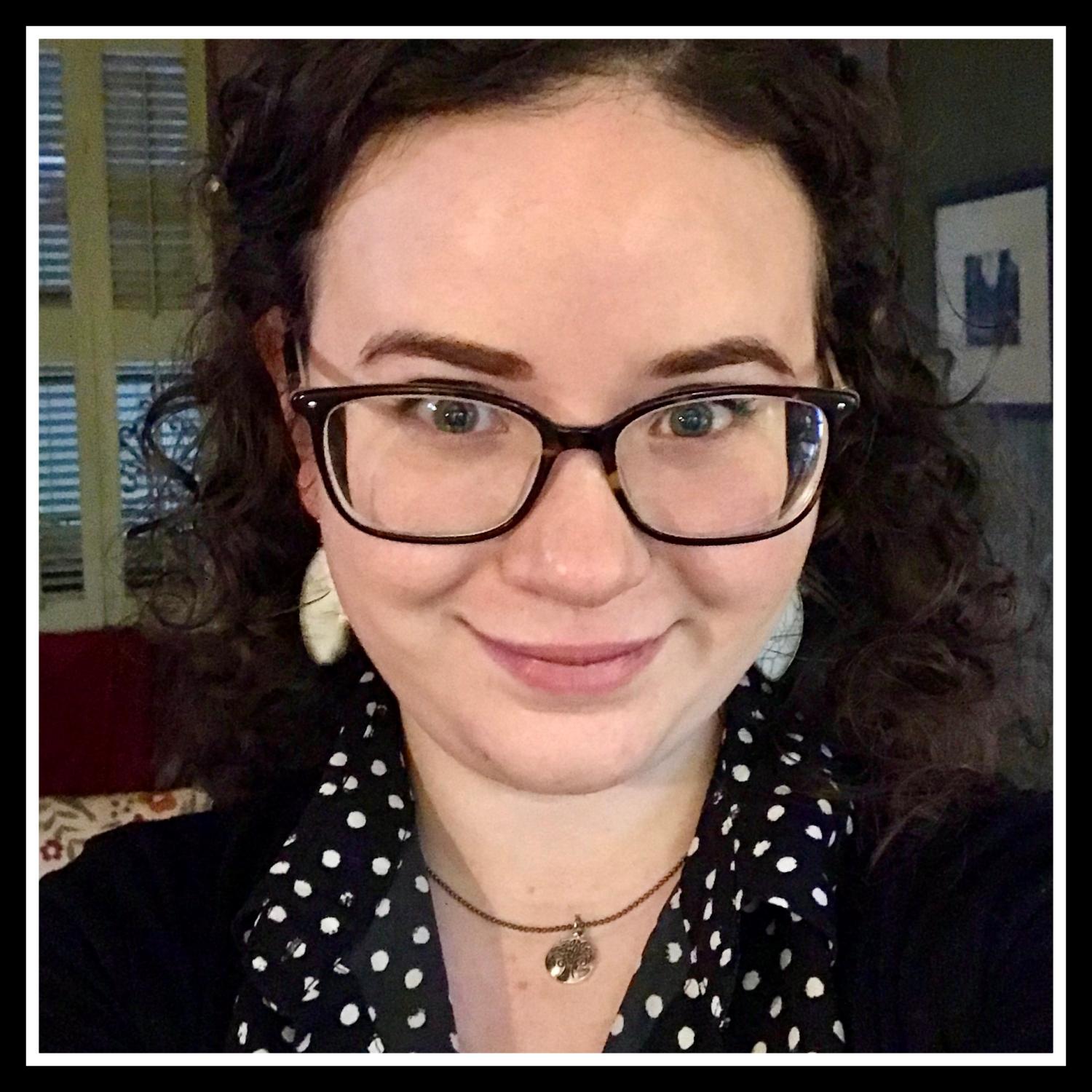 Amory is a PhD student in Rhetoric and Composition and the Co-Coordinator of the Digital Studio. She teaches the undergraduate Peer Tutoring class and courses in the Editing, Writing, and Media major. This is her 6th year working in college writing centers and digital studios. Amory's favorite part of the job is learning something new about clients' subject areas—regardless whether they're a first-year or a PhD candidate. 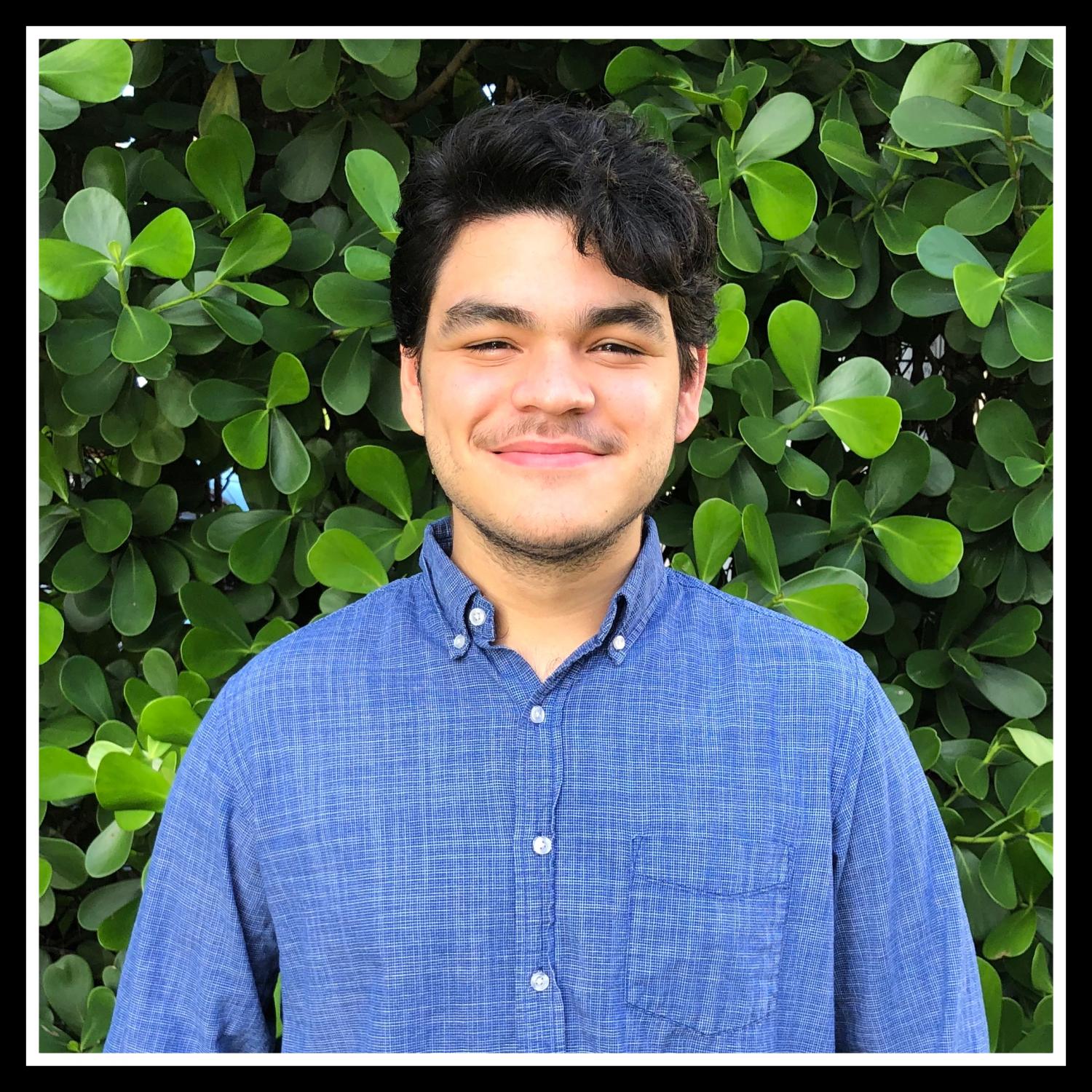 Antonio is a first-year MA student in the Rhetoric and Composition program. His research interests include visual rhetoric, digital humanities, and remix. Outside of school, He enjoys music, cooking, cycling, and hosting shows on FSU’s radio station, WVFS Tallahassee 89.7 FM. 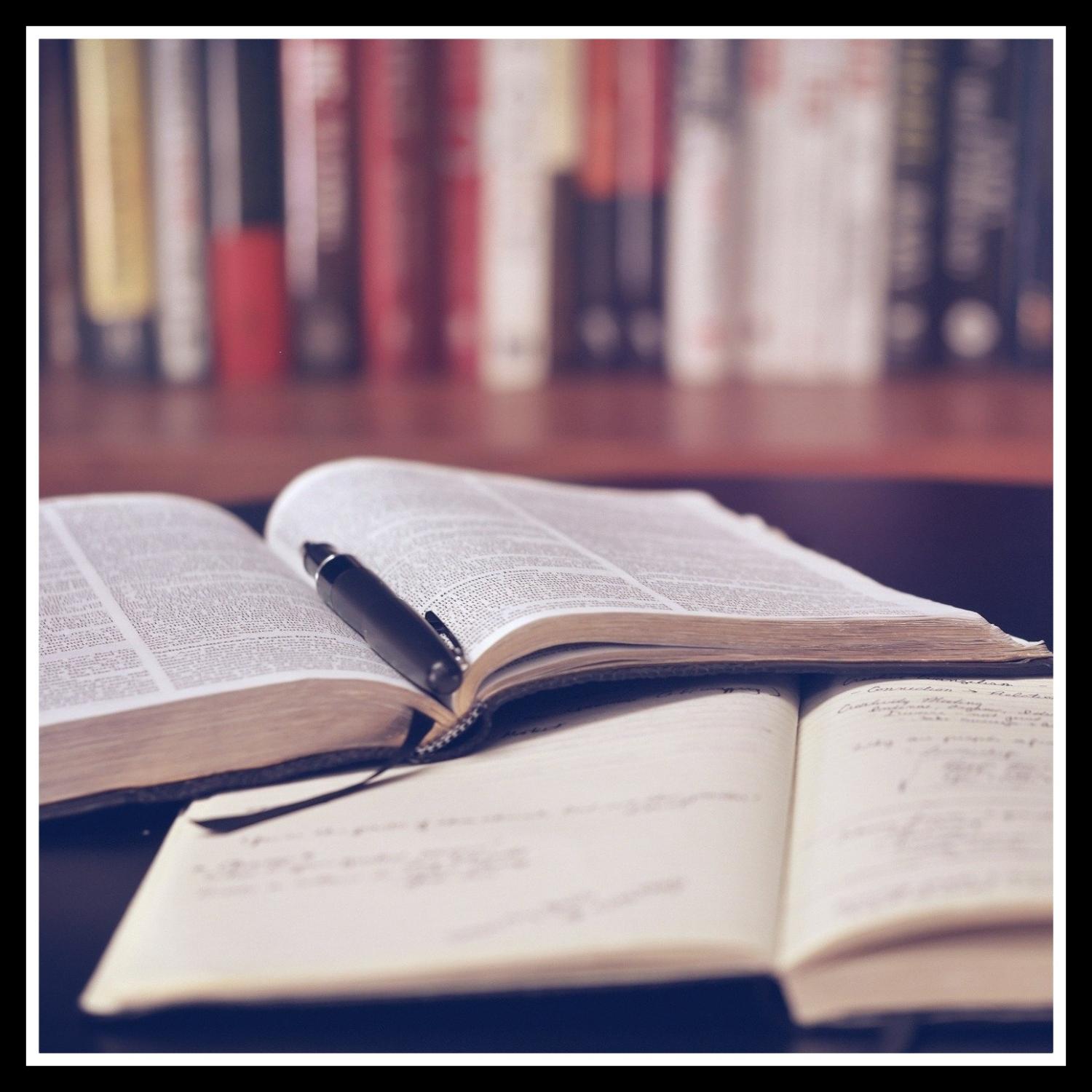 Caleb Dros is a first-year MFA student in Creative Writing with a bit of ESL experience. His interests are poetry and fiction, and great music. When he’s not on campus, he can be found relaxing to a Studio Ghibli movie, playing video games, or going to museums 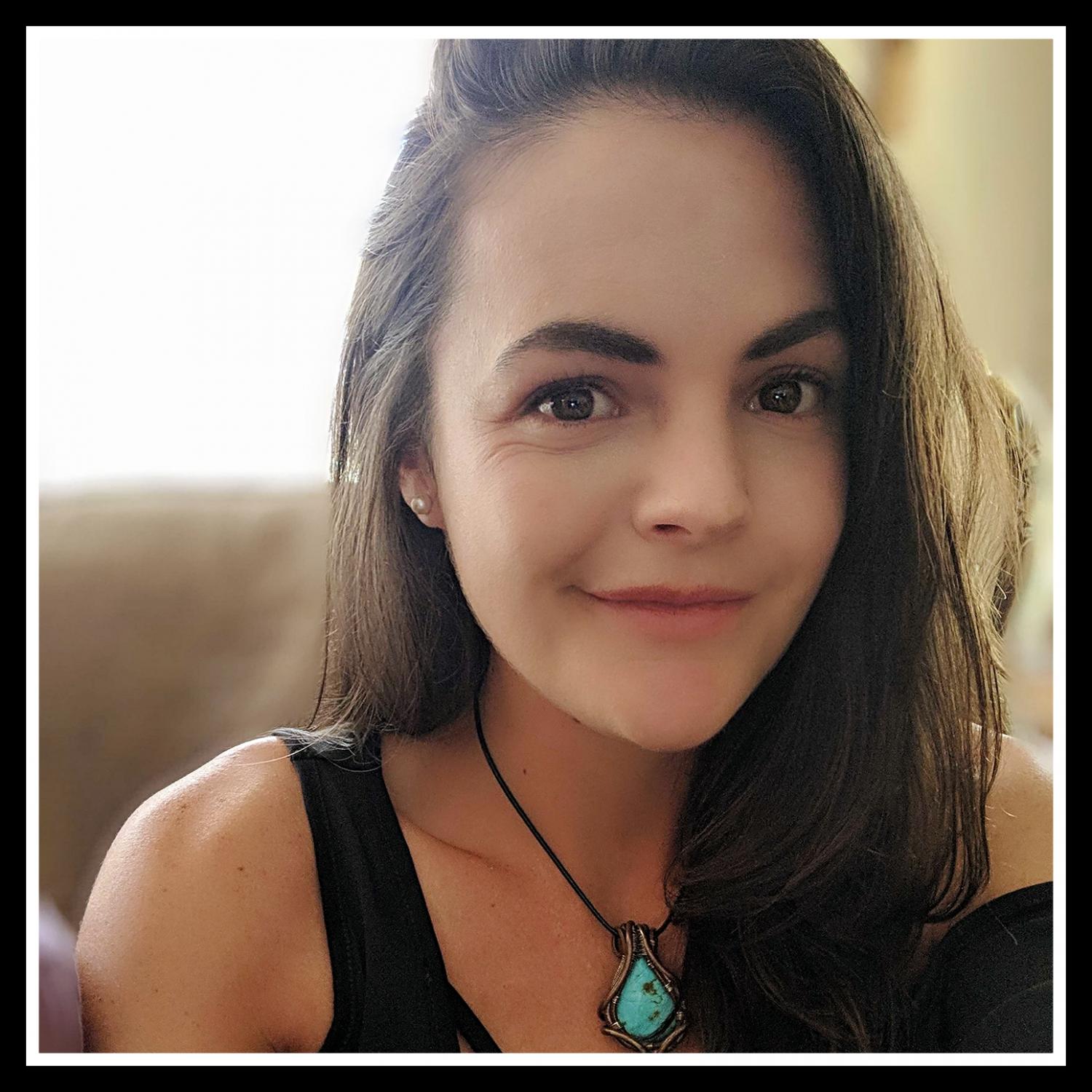 Callie Ziegler is a first-year MFA student in Creative Writing. She earned her BA from the University of Alaska Southeast in 2019. Callie is a veteran of the United States Navy and enjoys all outdoor activities. 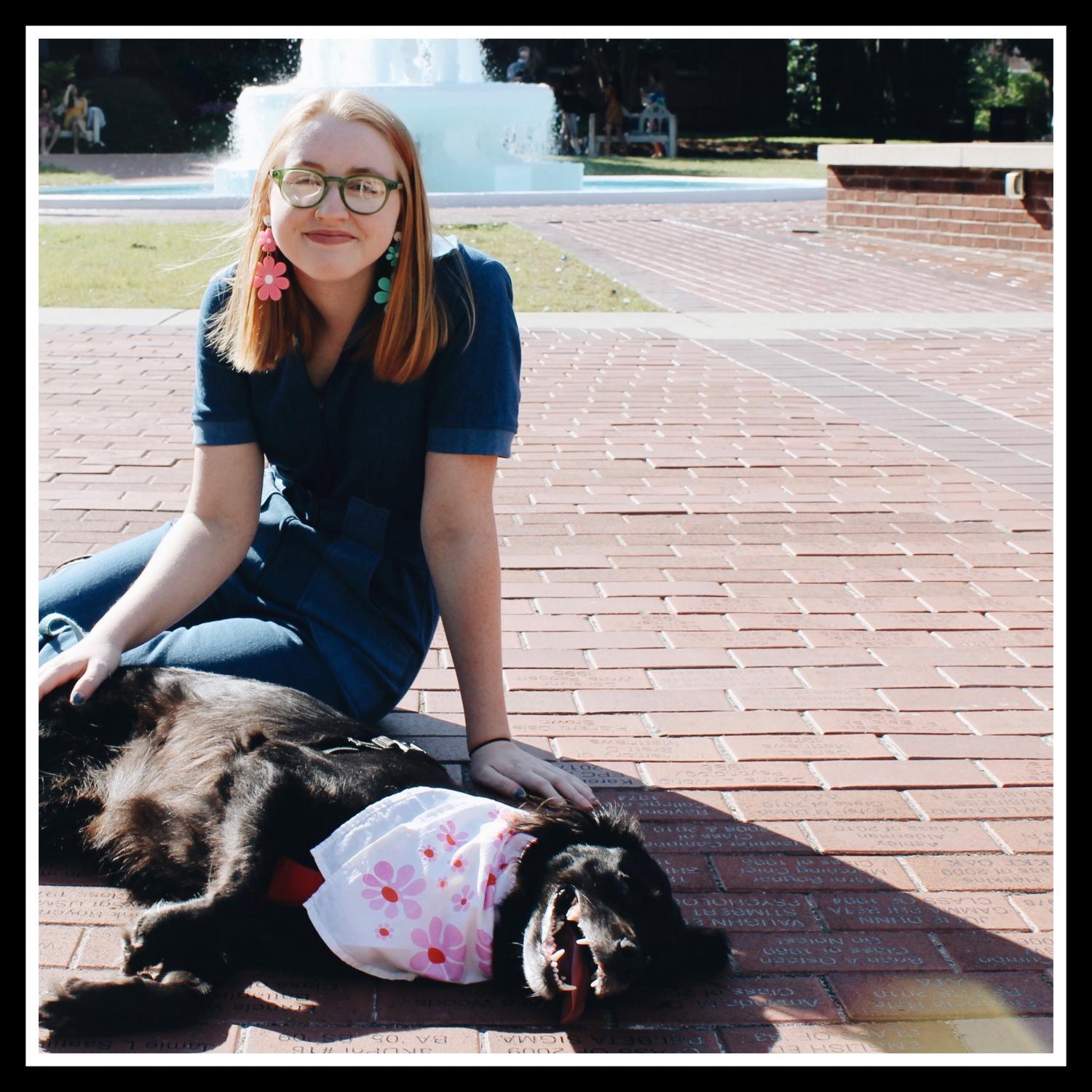 Carmen is a graduate student pursuing an M.A. in Rhetoric and Composition from Broward County, Florida. She enjoys the outdoors, thrifting, and exploring with her two dogs. 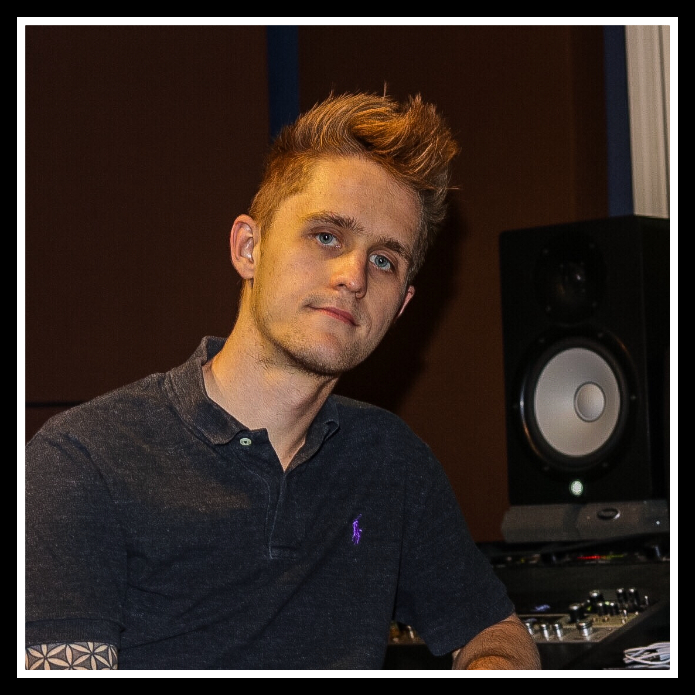 Colton received his B.A. in Editing, Writing, and Media from FSU. His research interests include visual rhetoric, multimodal composition, digital discourse, and socio-political rhetoric. Colton is certified in graphic design and has worked professionally as an audio engineer and lighting technician. 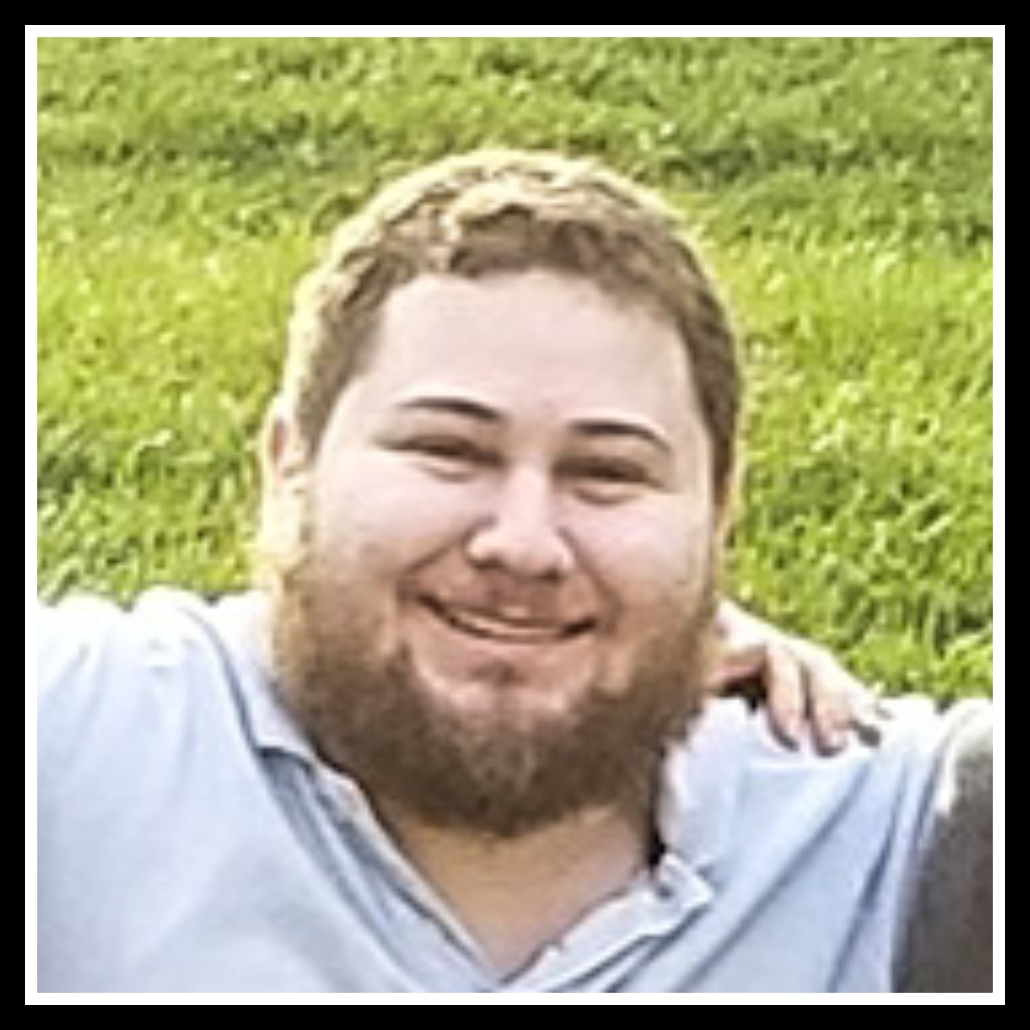 Daniel is a first-year MFA student in poetry from Montclair, New Jersey. He attended McGill University, graduating with a BA in 2018. Daniel has lived in Mississippi, New Jersey, Quebec, and Florida. Before becoming a tutor he has led community poetry workshops. 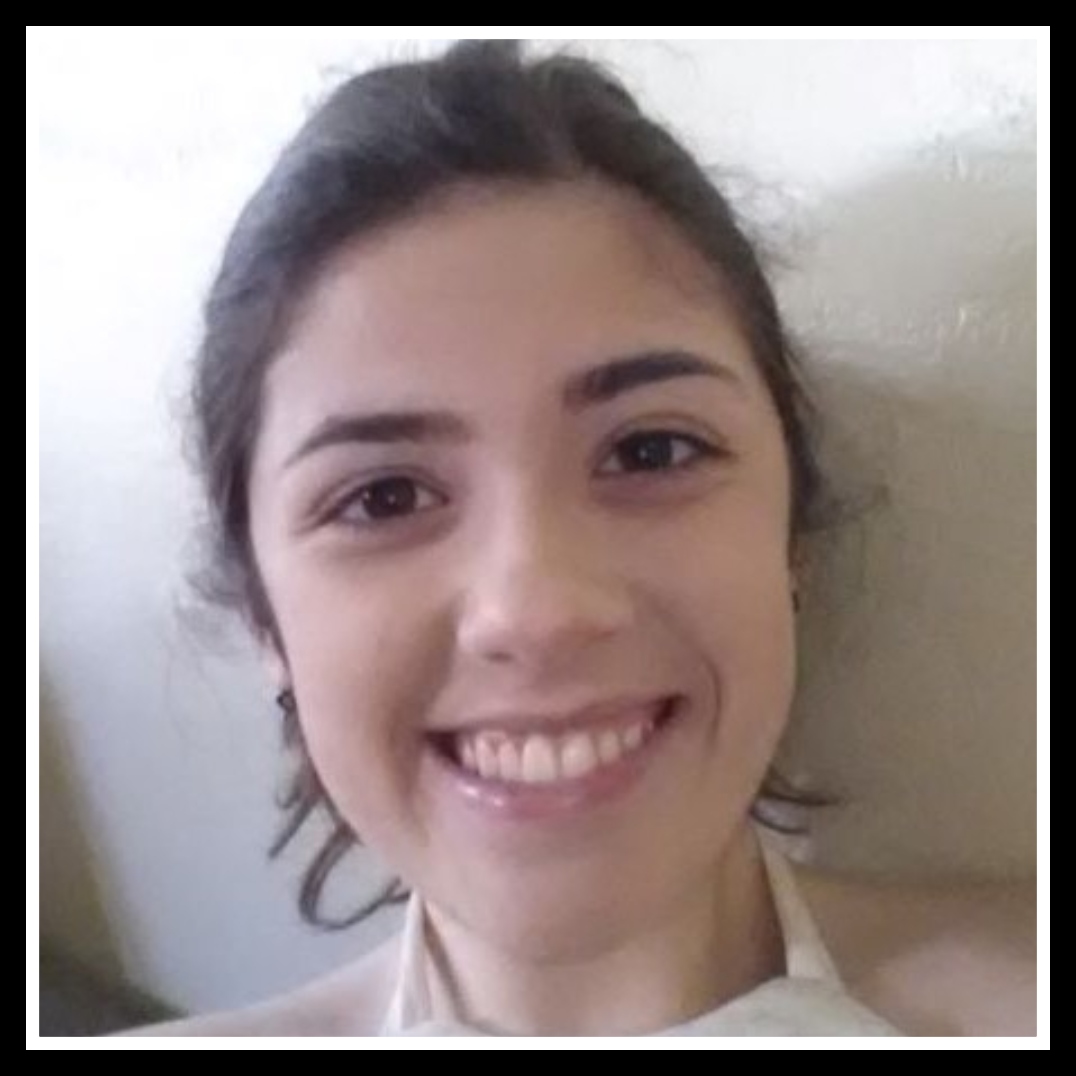 Gabi is a second-year MA student in the rhetoric and composition program, with interests in writing center studies, public memory, and digital humanities. She has experience with basic video editing on Windows, Canva, GIMP, Audacity, Wix/Weebly/WordPress website creation, and resume/CV design. 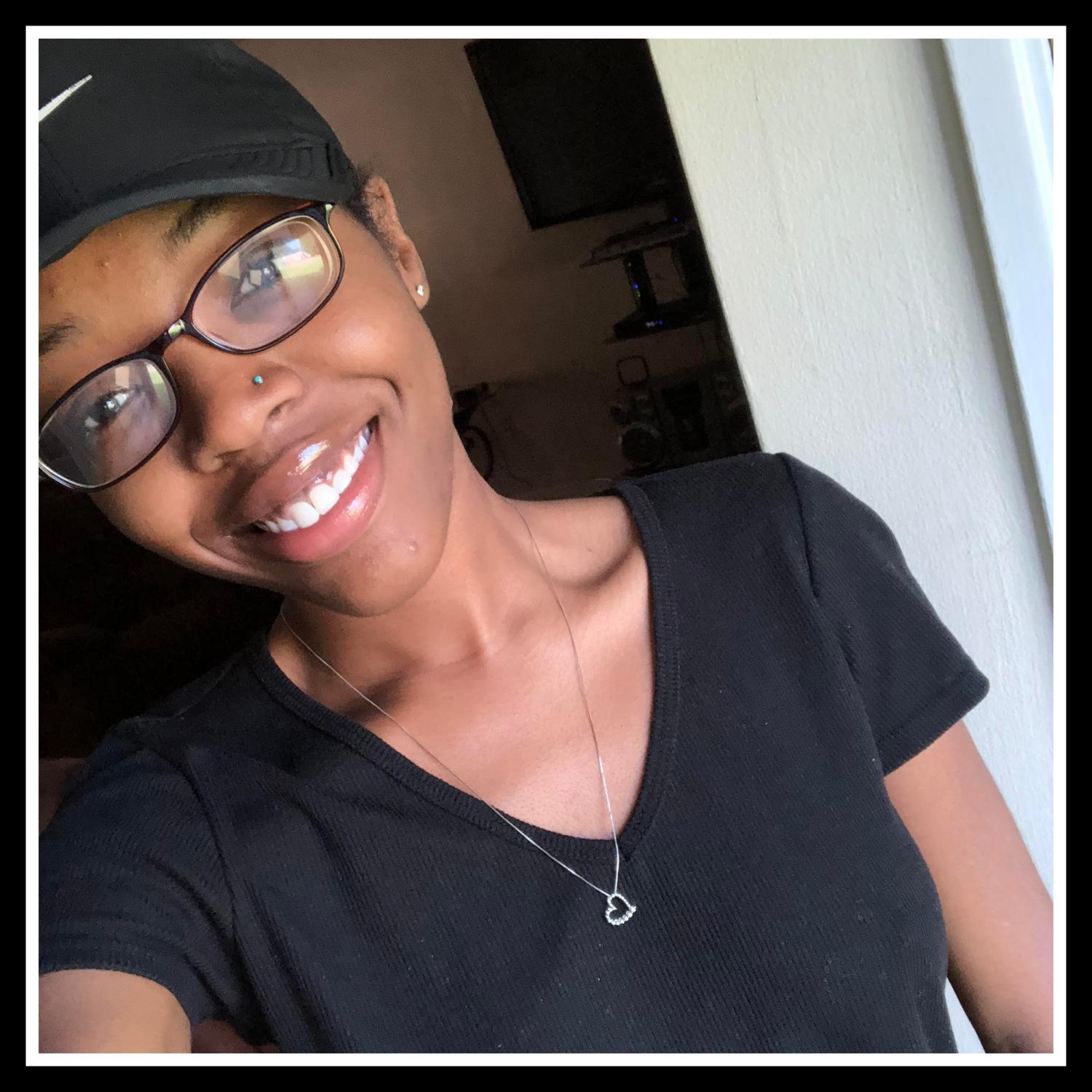 Gabrielle Aboki is a first-year MFA in Creative Writing student from Montgomery, Alabama. She received her BS in Sales and Marketing from Tuskegee University. She enjoys reading, museums, and tacos. 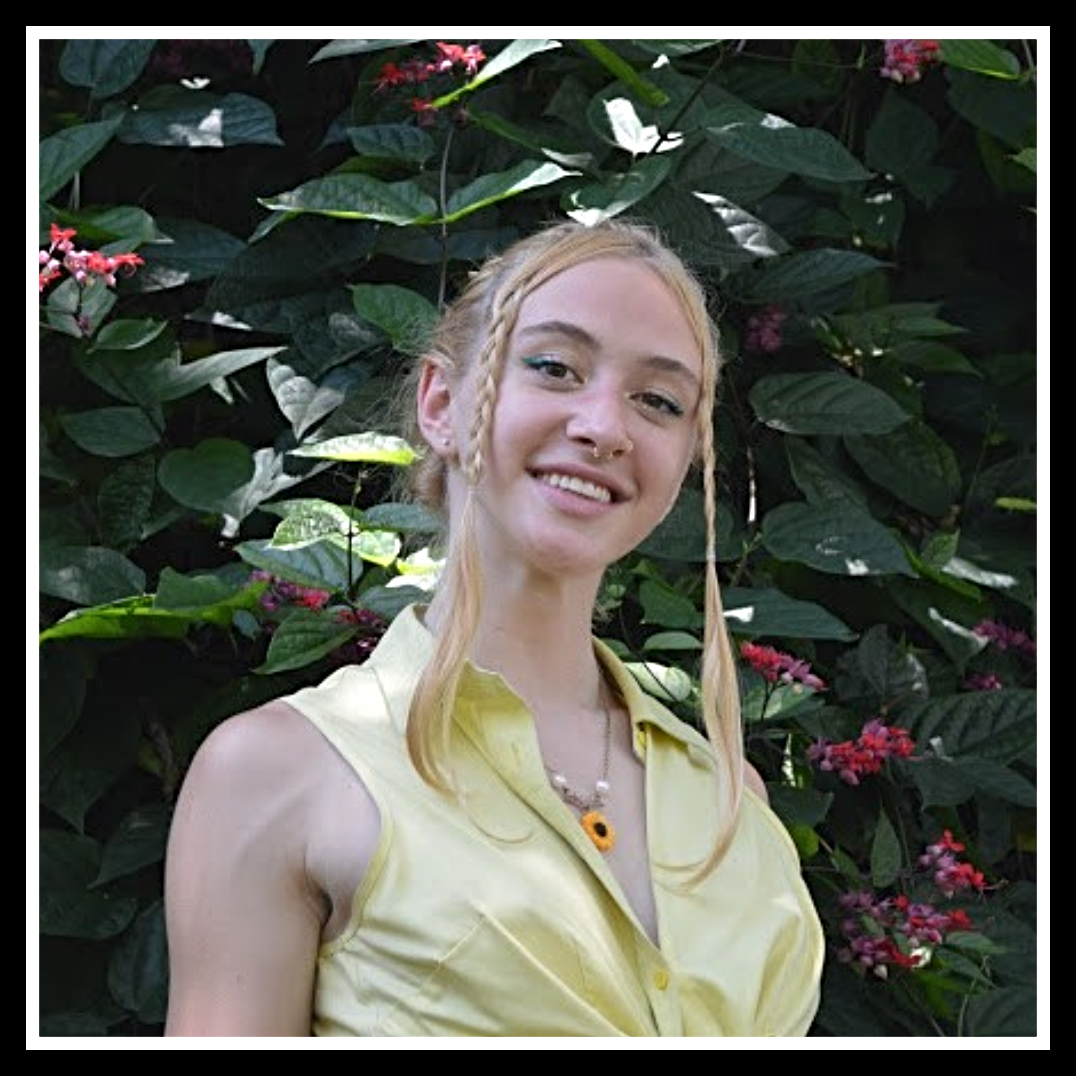 Gina Marks is an MA student in Literature, Media, and Culture with a focus on post-1900 American literature. Gina graduated with her BA in English Literature and Cultural Studies from the University of South Florida, St. Petersburg. Her research interests include literature of trauma. When not studying or working, she can be found exercising, making art, or petting all of the animals that will let her. 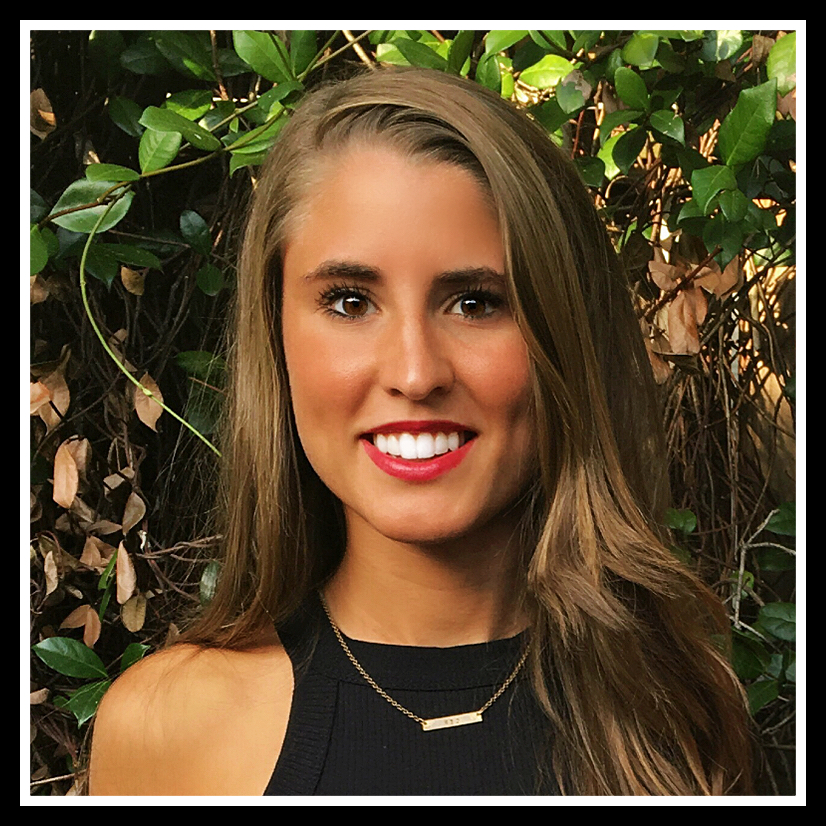 Hannah is a first-year MA in the Rhetoric and Composition Program. In May 2017, Hannah graduated with a BA in English from Flagler College. After graduation, Hannah worked as an instructor in a writing center for three years before coming to FSU. Her research interests include writing center studies, composition pedagogy, and philosophy. Hannah enjoys exercising outdoors, reading a good book, and trying new foods. 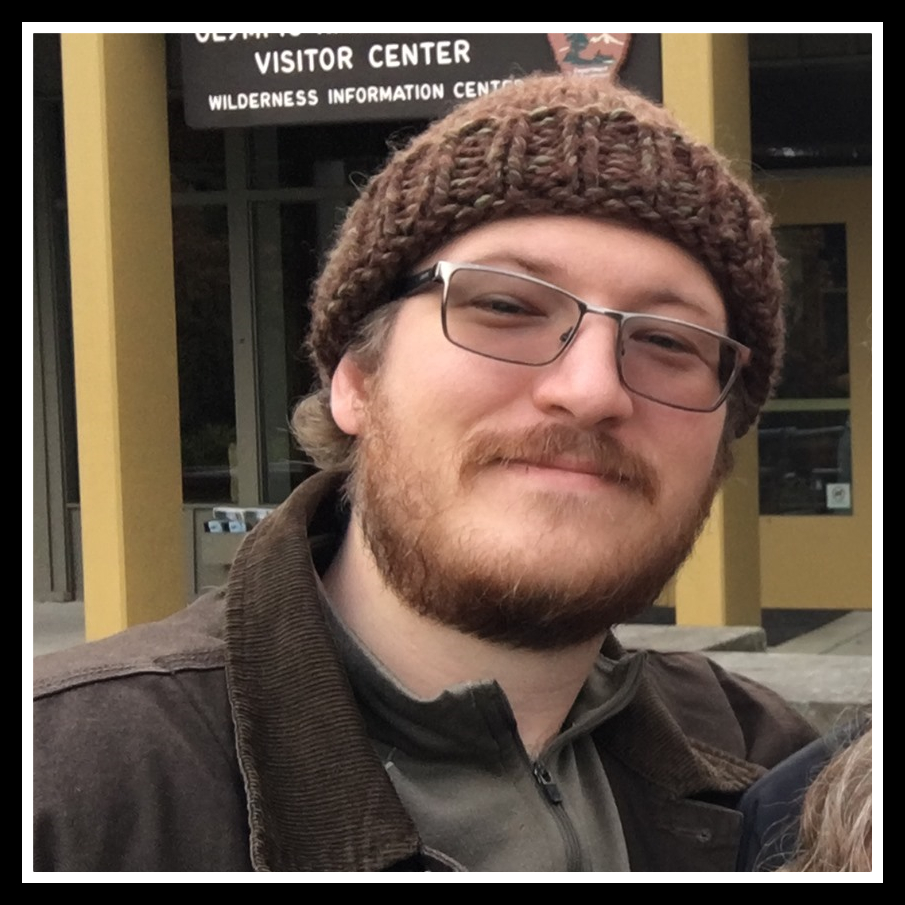 Jake is a first year MA in Literature, Media, and Culture specializing in Medieval Literature. A born-and-raised Floridian, he earned his BA at Stetson University. His research interests include transcription and manuscript studies. When he’s not rummaging through used book stores, Jake can be found drowning himself in coffee or getting hopelessly lost in the great outdoors. 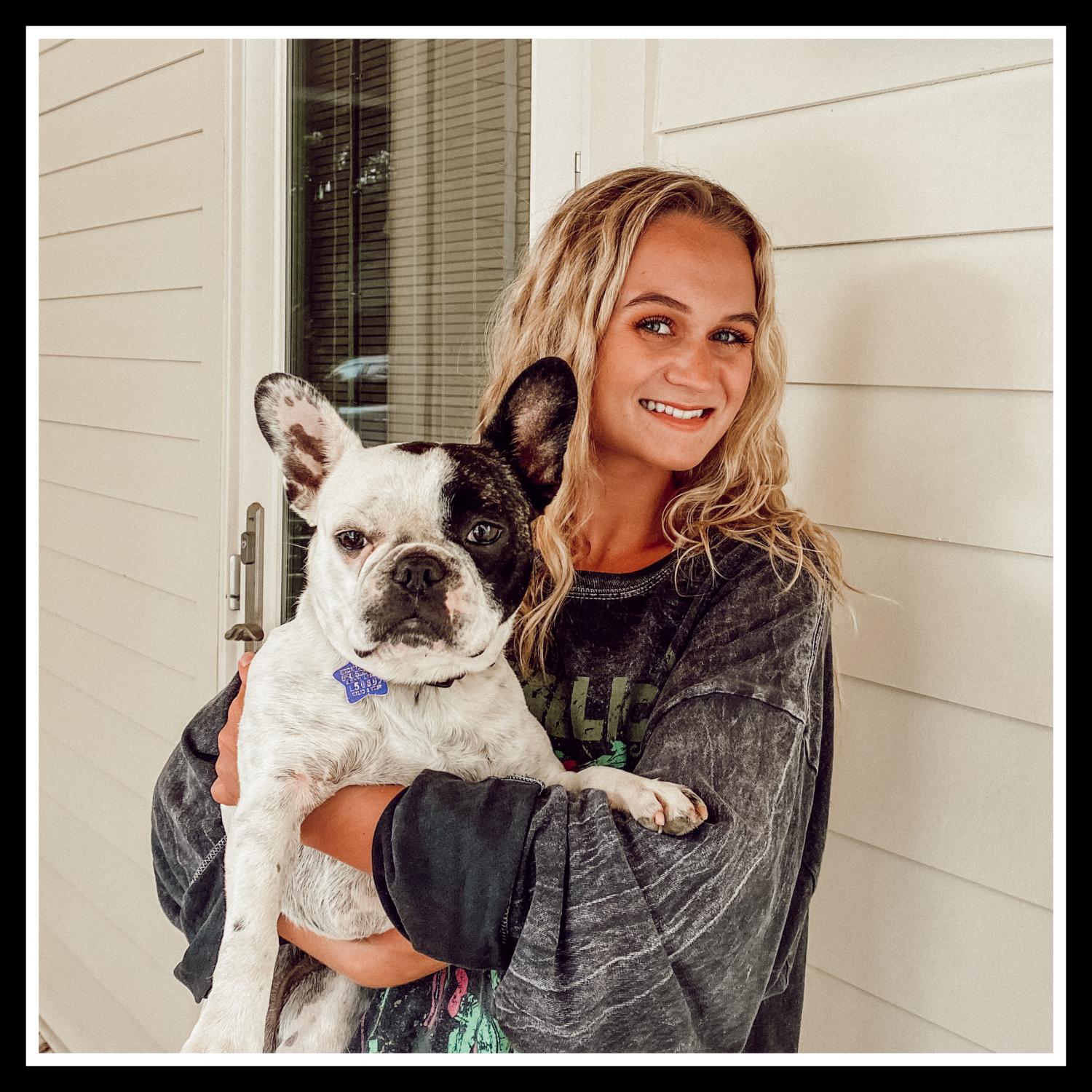 Kathleen is a first year MA student in the Rhetoric and Composition Program. Kathleen received her BA in Editing, Writing, and Media from FSU where she worked as an intern for the Rhetoric and Composition Program Director. Her research interests include writing pedagogy, archival methodologies, genre theory, and the rhetorical analysis of television and film. Kathleen is also interested in “jam band” subculture and the demographics of psychedelic rock. She enjoys watching The Office and listening to live recordings of the Grateful Dead. Kathleen has experience with basic video editing on iMovie and website design on Wix. 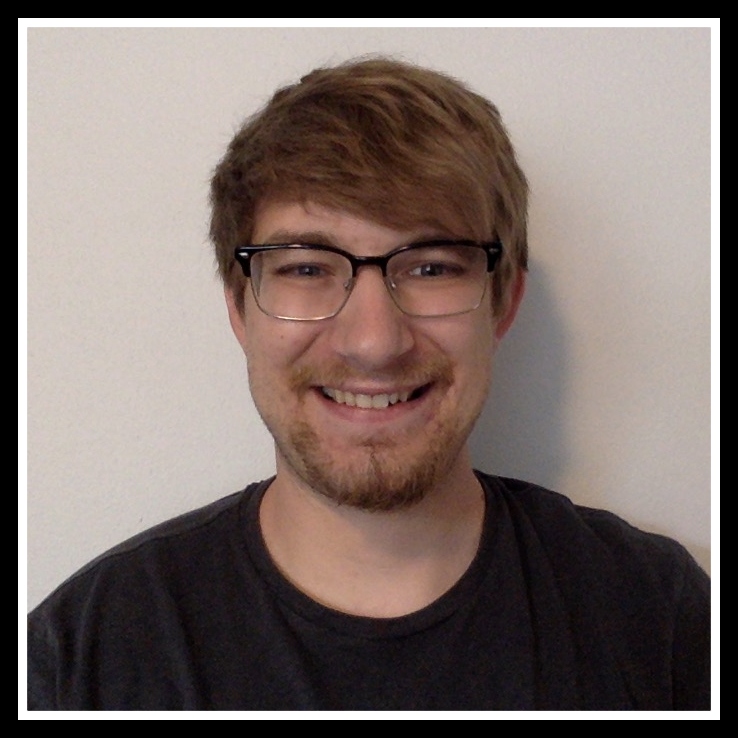 Lance Carpenter is a first-generation master’s student in Literature, Media and Culture. His research focuses in the cross pollination of ecocriticism, decolonization, contemporary literature and film studies. His other interests include sushi, Brazilian jiu-jitsu and appeasing his cat. 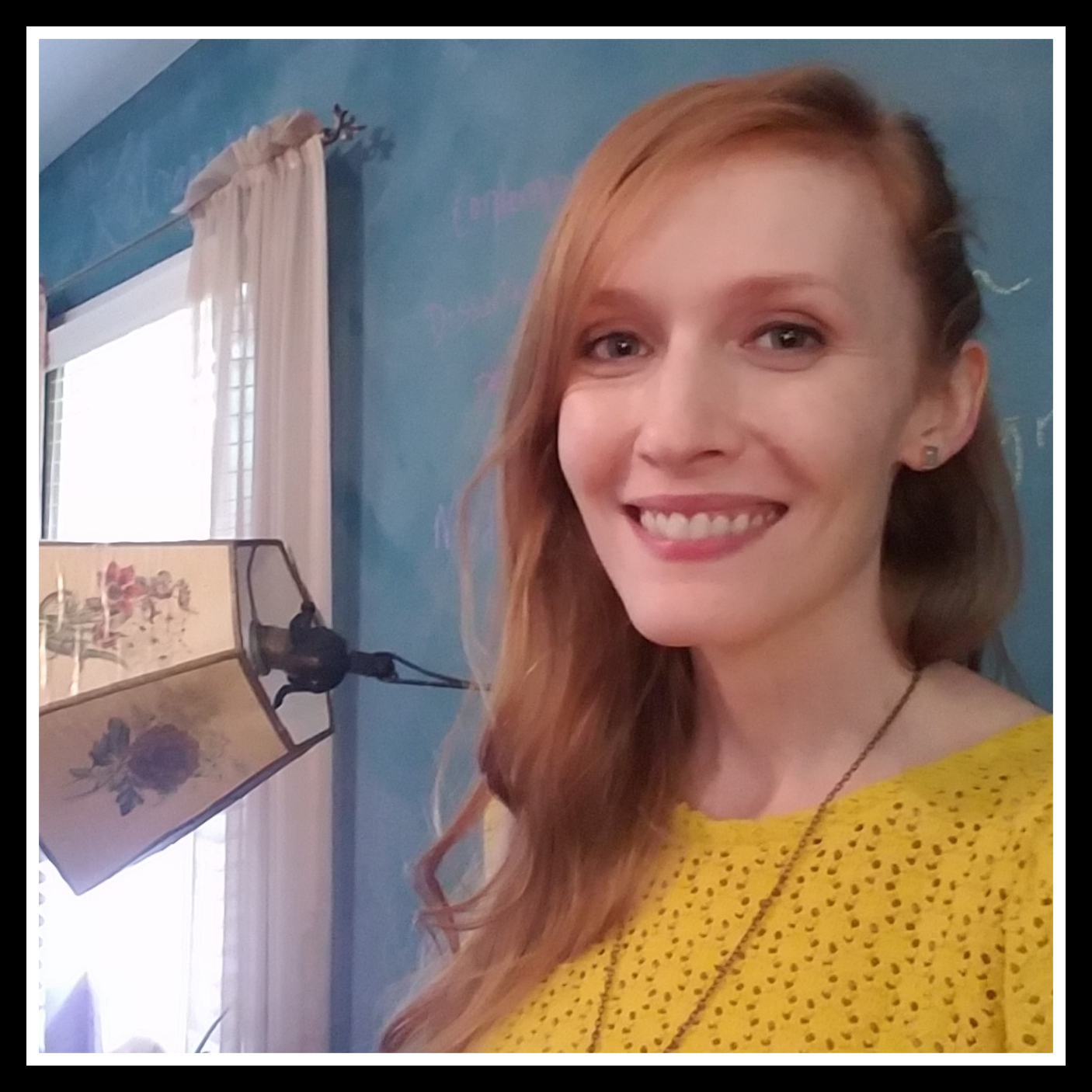 Laura is a PhD student in Creative Writing with a focus in Fiction. In addition to working in the RWC, she teaches a section of composition at FSU. She earned her MFA from the University of Houston, where she taught composition, fiction, and literature and served as Fiction Editor for Gulf Coast. Previously, she was a Literary Agent in New York, where she sold literary fiction, nonfiction, YA, middle grade, and picture books, including titles that became New York Times bestsellers. She grew up in small-town Kentucky and earned her BA at Northwestern University. 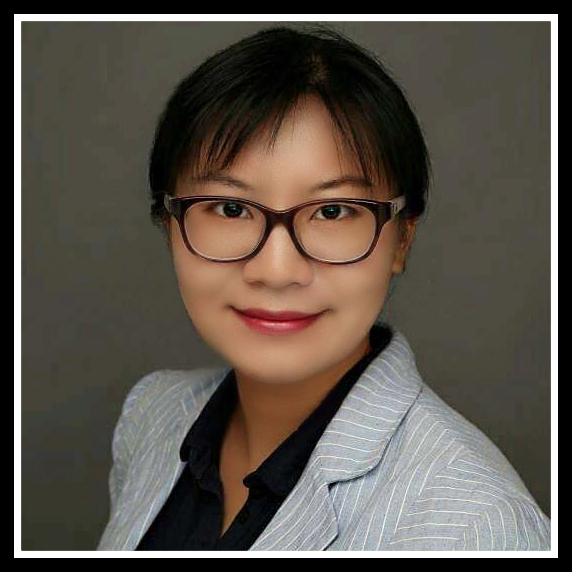 Li is a first year PhD student in Creative Writing and an international student from China. In May 2019, Li graduated with a MFA in Creative Writing from Columbia University. Her fiction and creative non-fiction works have appeared in The Collapsar, The Madison Review, The New Engagement etc. 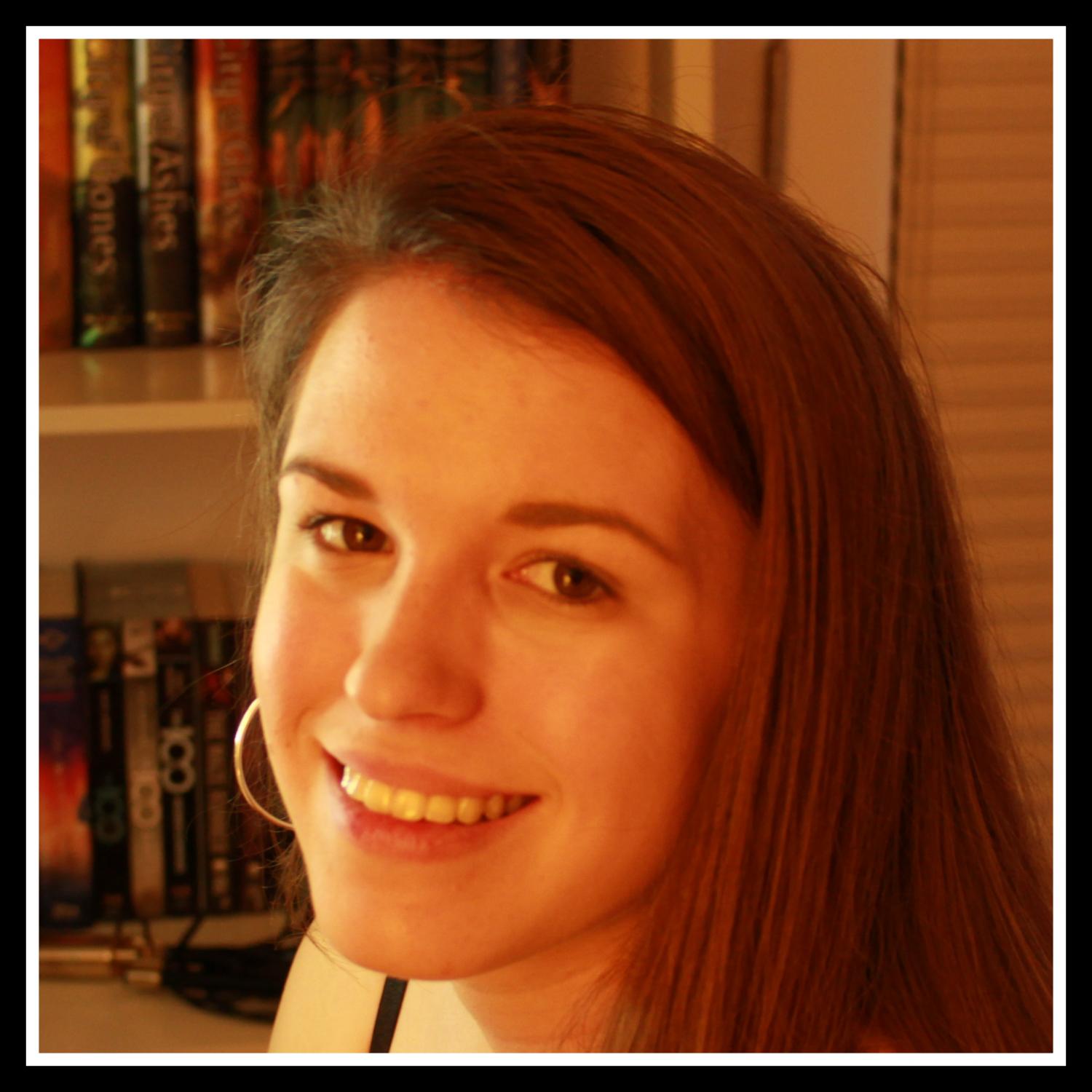 Lindsey is a fourth year undergraduate, majoring in Editing, Writing, and Media. She has experience working with Photoshop, InDesign, Illustrator, Wix, and PowerPoint. Besides writing and editing, Lindsey spends her free time reading fantasy novels, playing video games, and obsessing over cats. 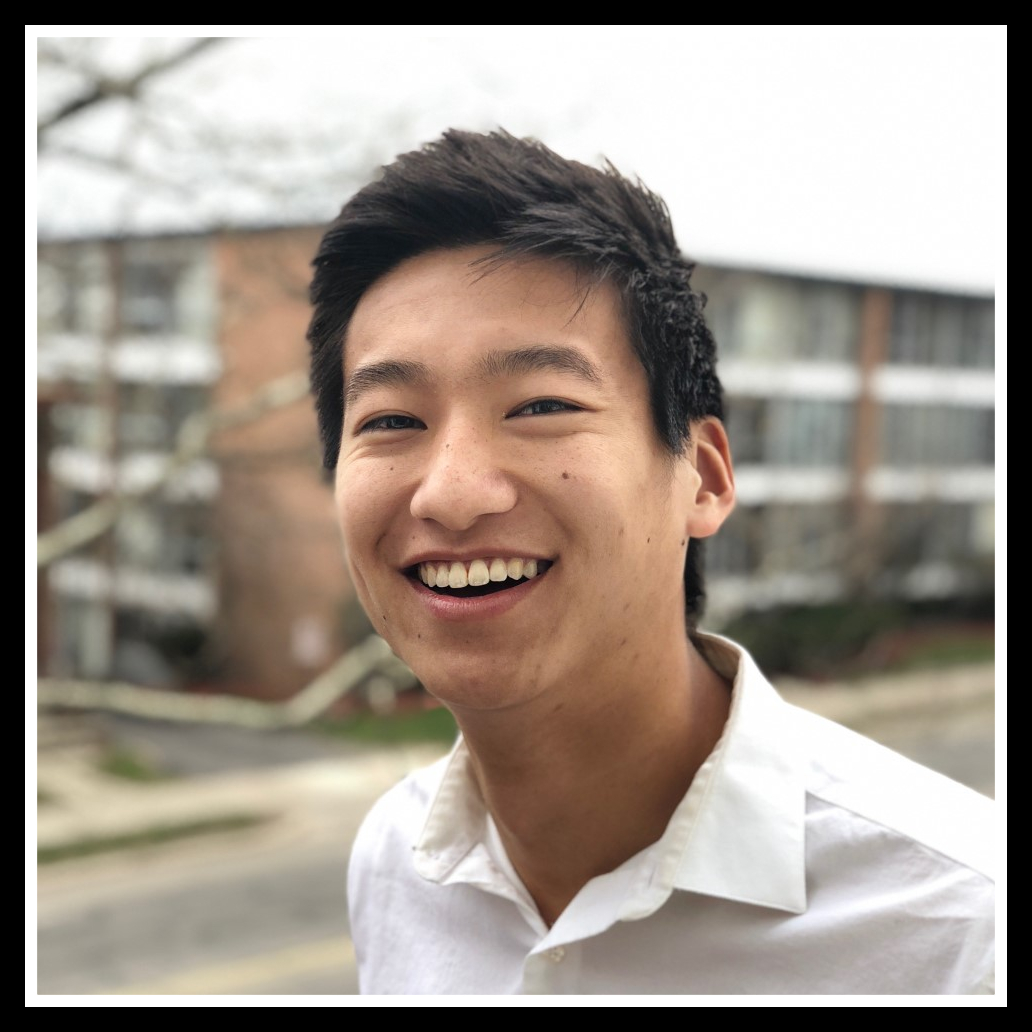 Matt Zhao is a first-year MFA student in Creative Writing. His academic interests include short fiction and poetry. In addition to consulting, Matt likes to play with his cat and go on bike rides. 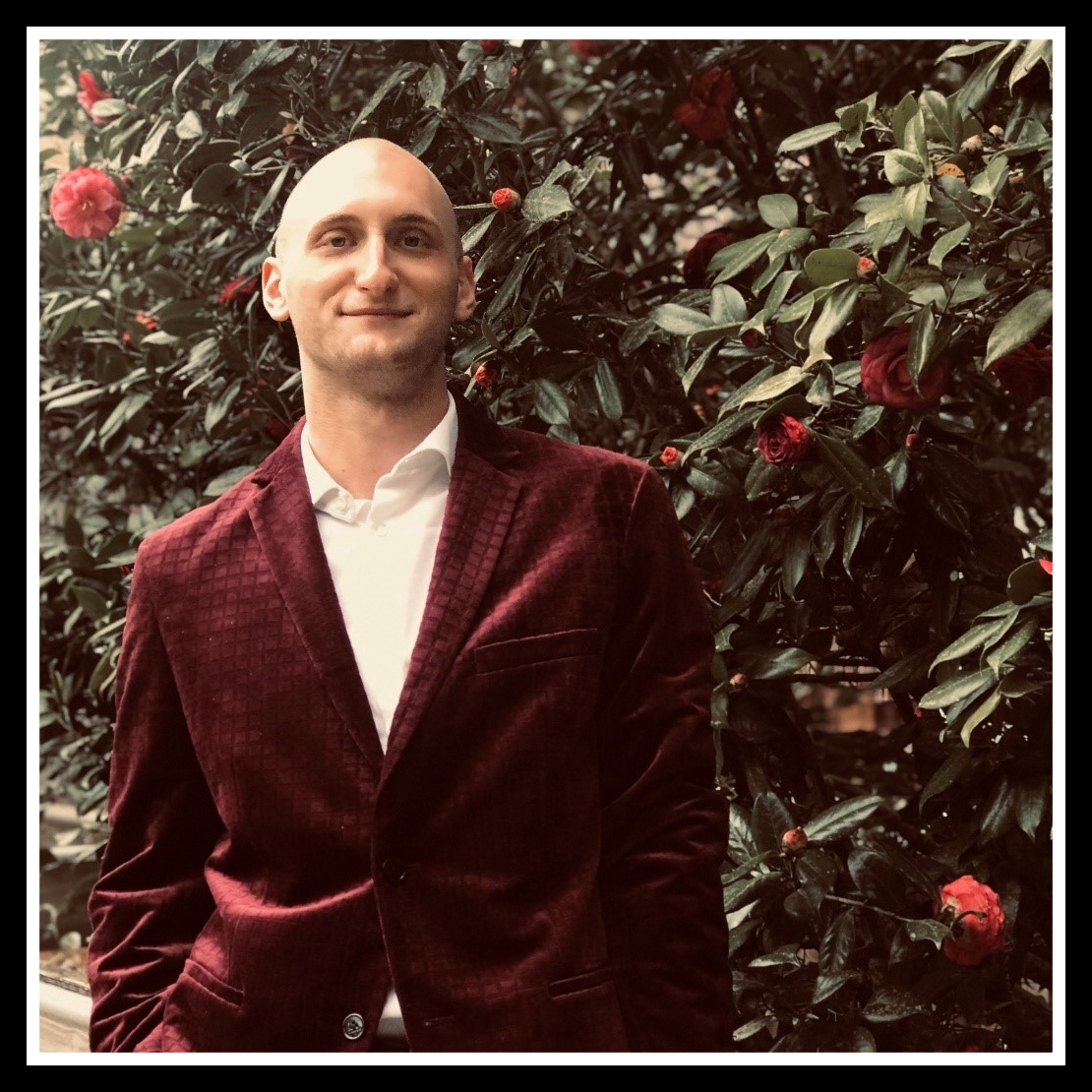 Mitchel is a first year Master’s student of Literature. Coming from a background in the social sciences he has a wide variety of academic interests. Outside of school he is an avid fan of Liverpool FC, RuPaul’s Drag Race, all things food, and copious amounts of coffee. 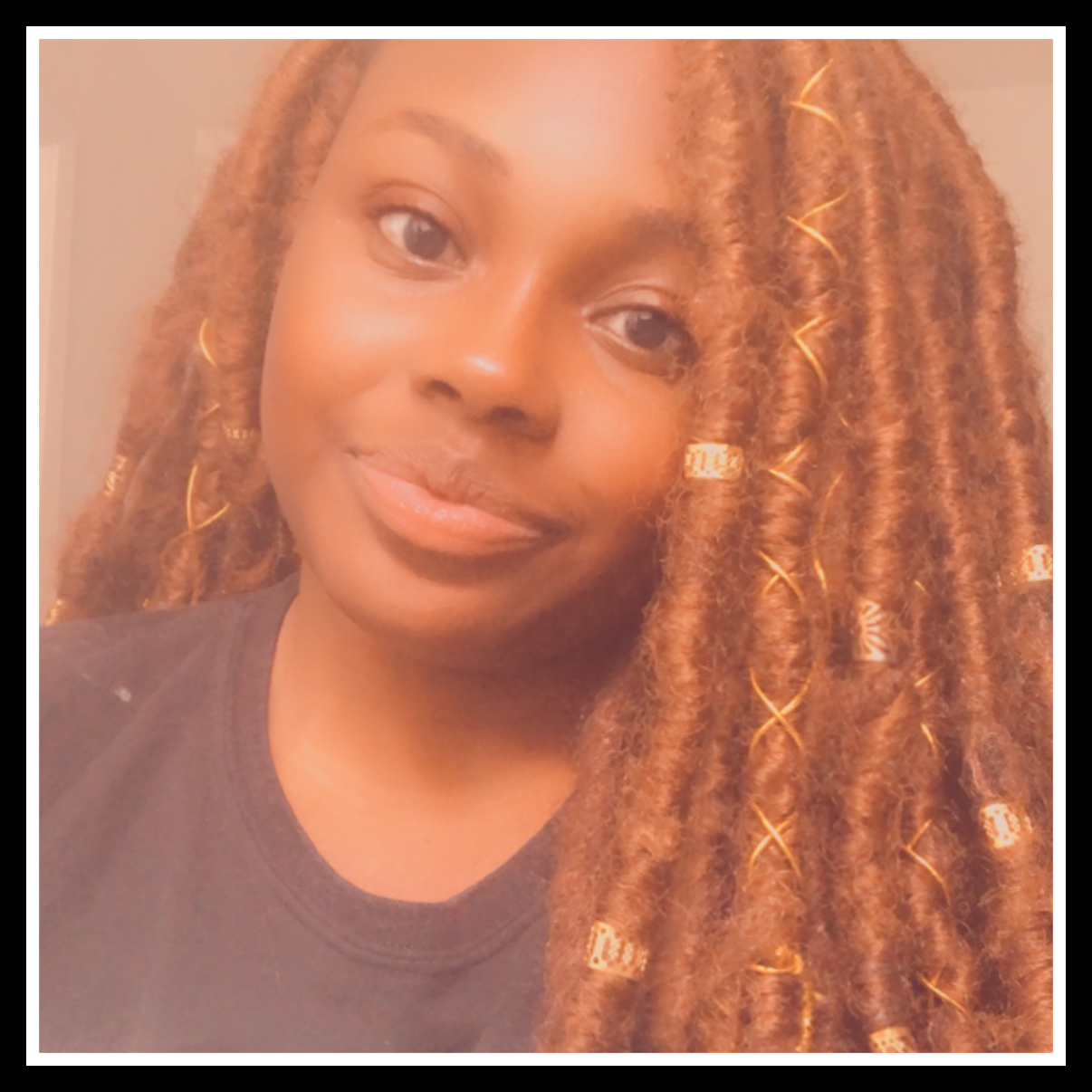 Nerline Louis is a first year graduate student in the rhetoric and composition program here at Florida State University. She earned her undergraduate degree at FSU in Sociology and Editing, Writing, and Media. In her free time, Nerline’s favorite things to do are binge watch Netflix and read books. 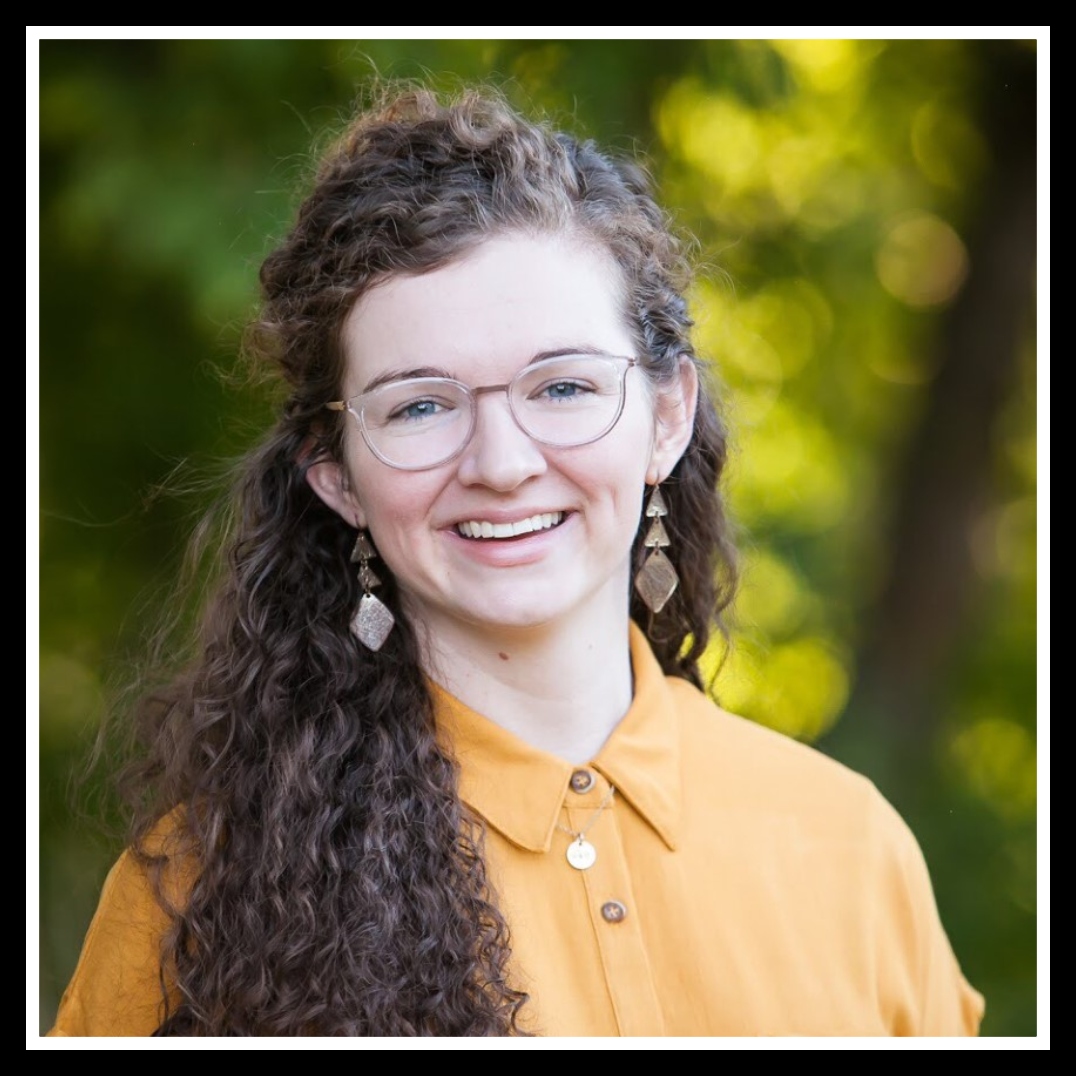 Rilley is a first year MA student in Literature, Media and Culture. Her research focuses on the intersection of race and motherhood in 20th and 21st century American literature and media. Before coming to FSU, she spent time studying in Spain, living in Peru and teaching in Russia. Originally from the Intermountain West, she misses the mountains, but loves being near the beach. Rilley speaks fluent Spanish and is currently learning Portuguese. 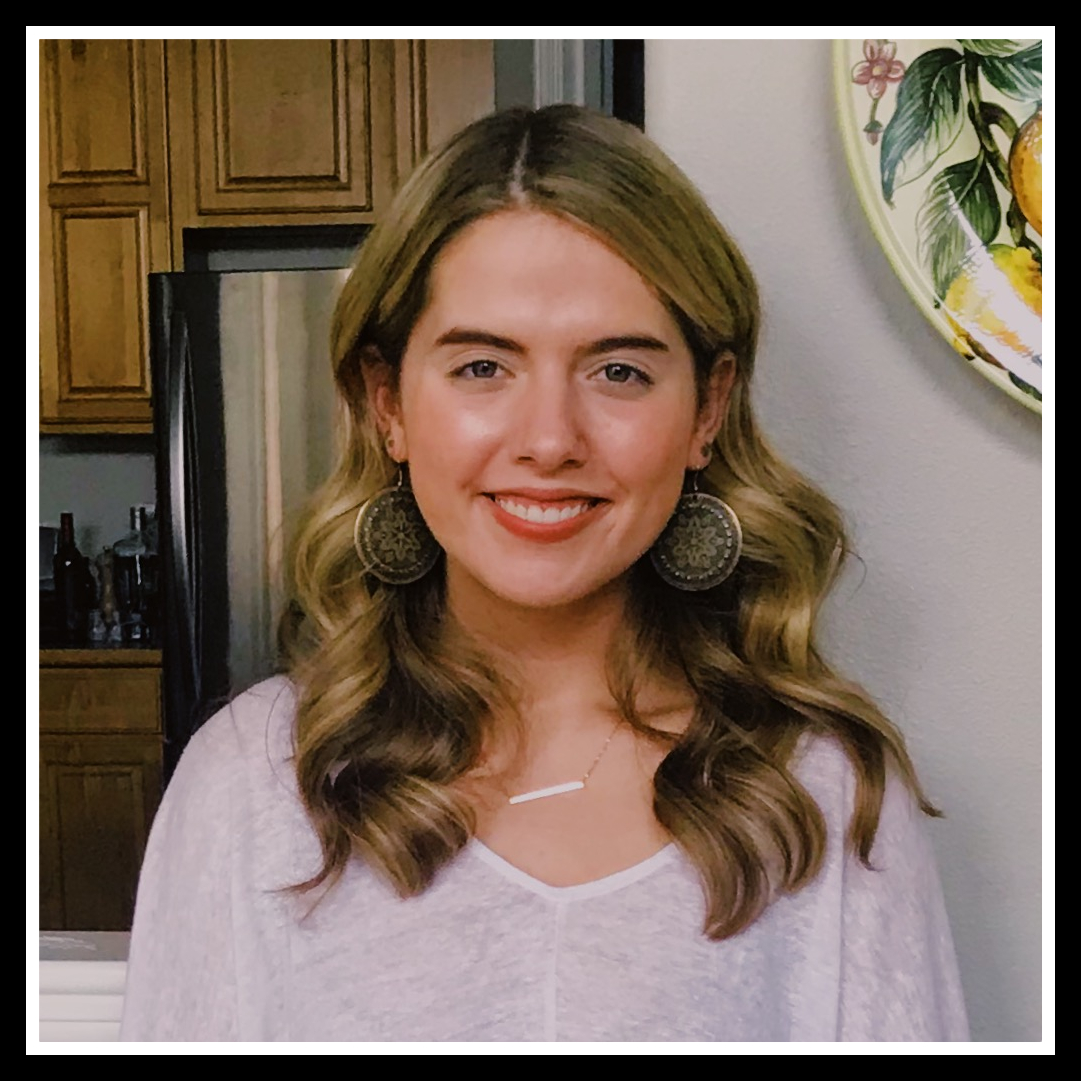 Sophia is a first-year fiction MFA student. She recently earned her BA in English and Film and Media Studies from William & Mary in Williamsburg, Virginia. In her free time, Sophia likes to read, write, spend time outdoors, make Spotify playlists, and drink more coffee than is good for her. 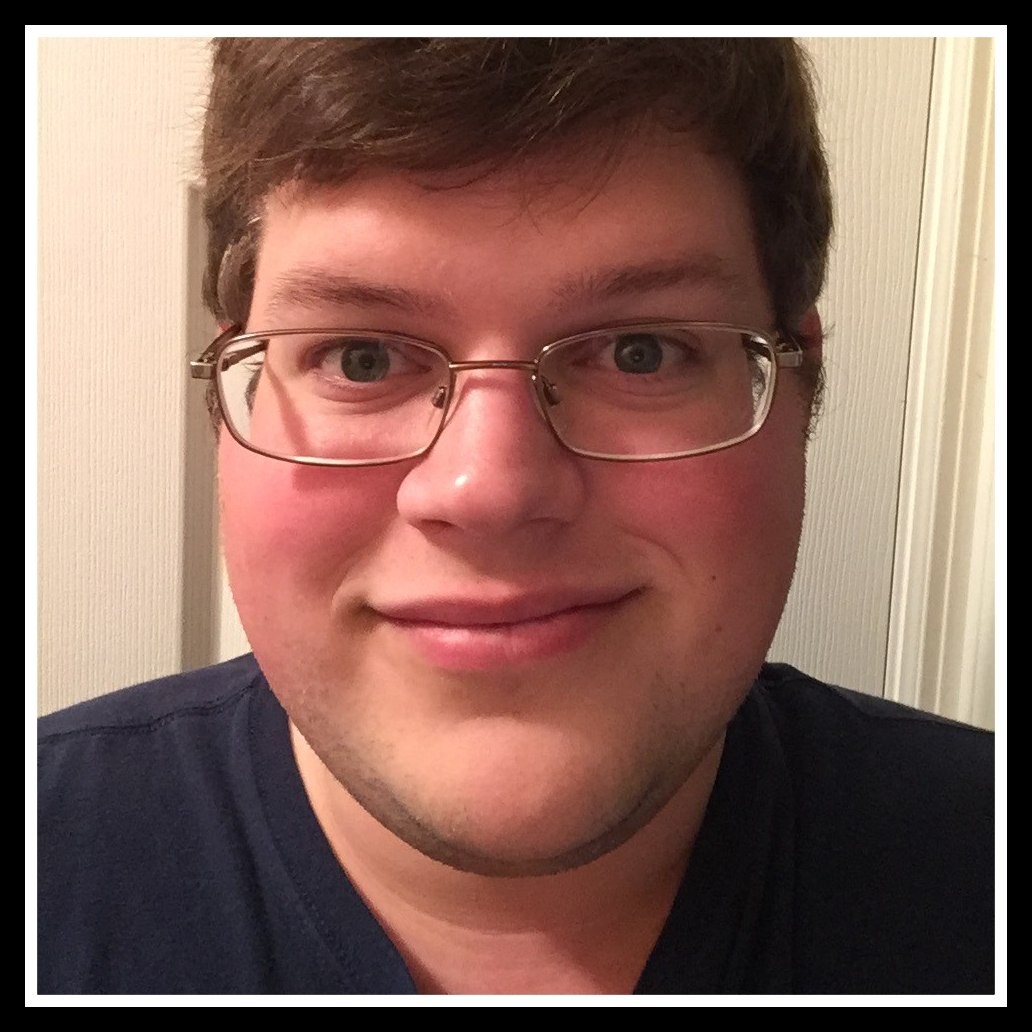 Tim is an MA student in Literature, Media & Culture. His academic interests include contemporary literature and film, critical theory, and popular culture. When not working or in class, he can be found reading genre fiction, drinking coffee, or calmly watching the rain. 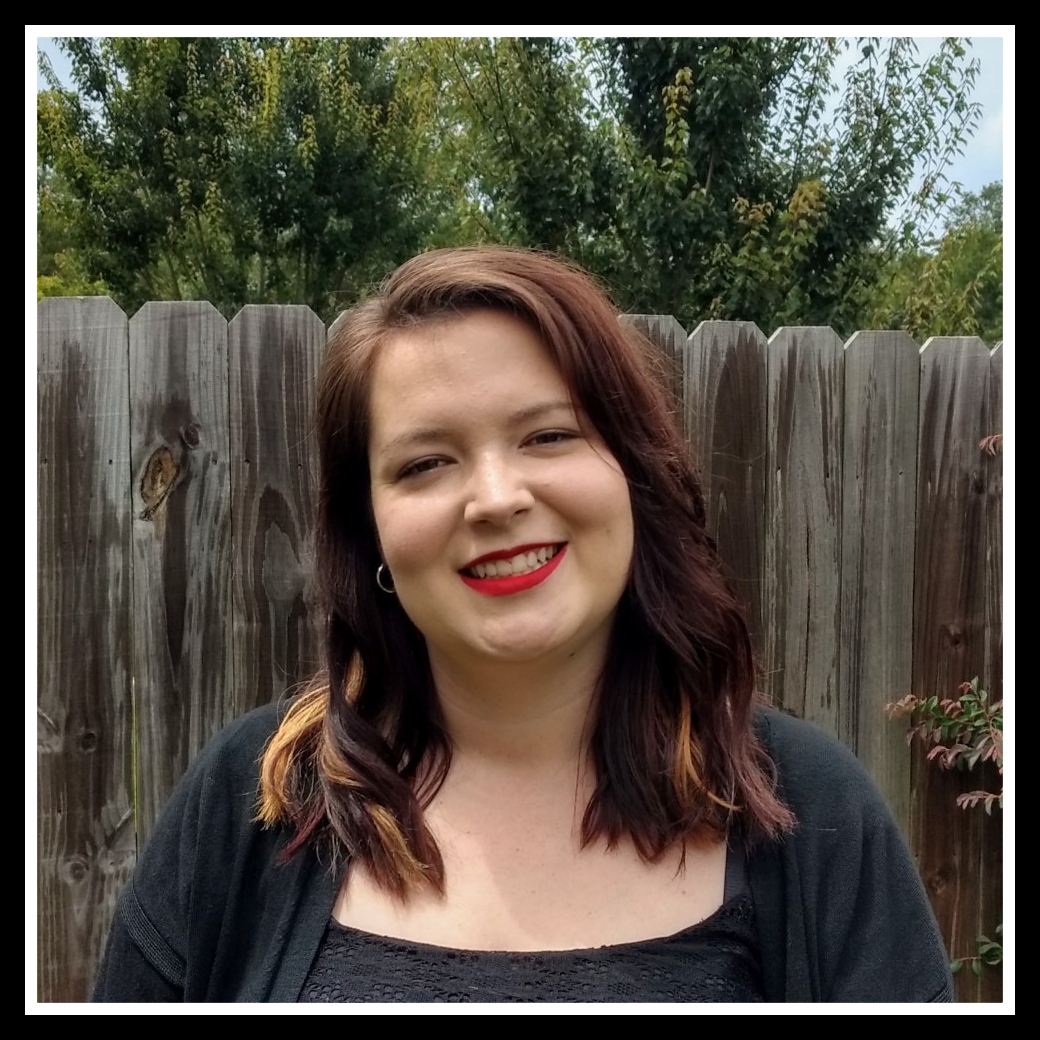 Victoria Creel is a Senior double-majoring in Editing, Writing, and Media and Biology, as well as Pre-Med.  She received her AA from Tallahassee Community College.  When she is not studying or consulting in the RWC, she enjoys reading, volunteering at the library, watching Netflix, and playing with the family dogs, Lyla and Friend. 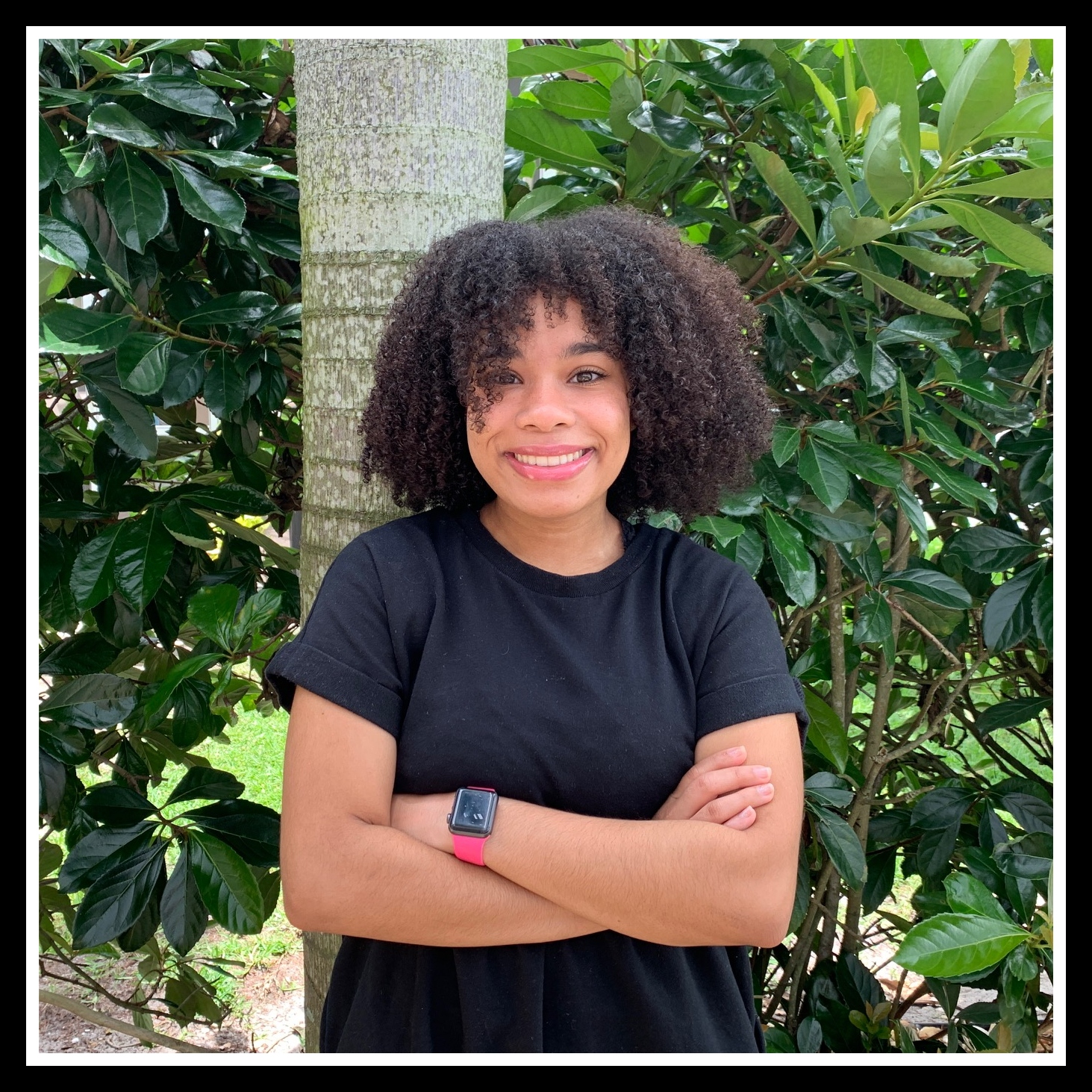